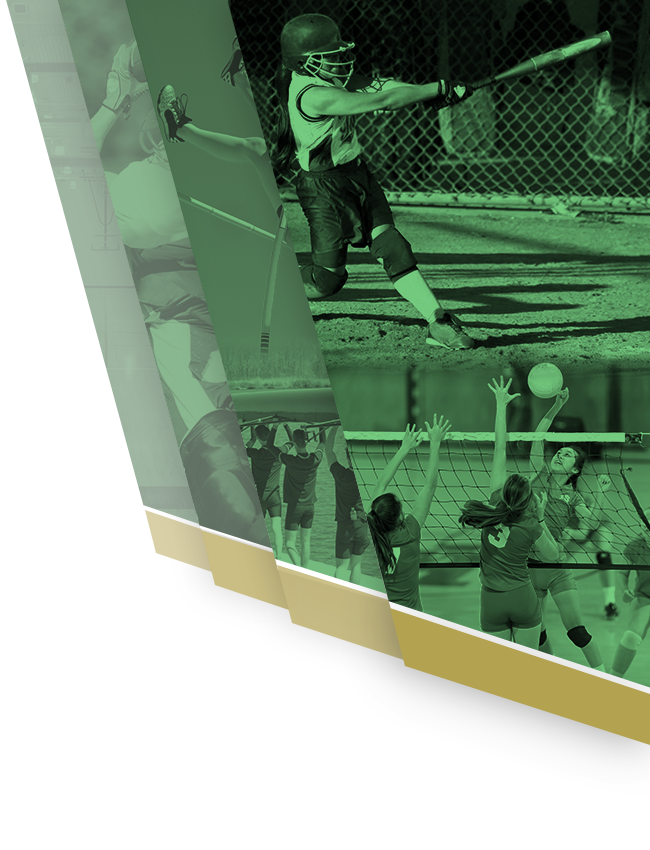 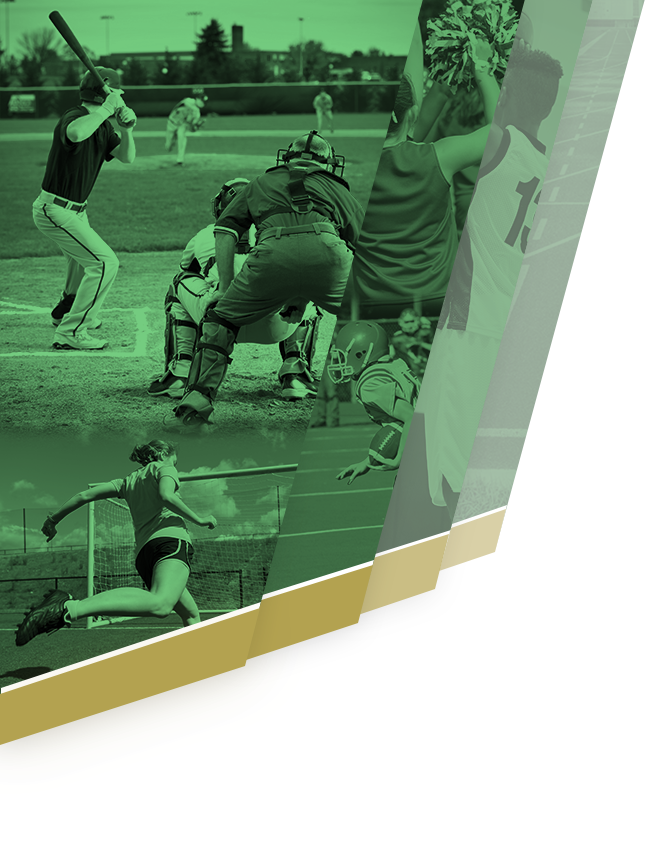 Friday September 16th the Hawks took on the then 10th ranked and undefeated Central Decatur Cardinals. This homecoming win was the ninth homecoming win in ten years for the Hawks.The last loss on homecoming came in 2008. The Hawks started with the ball and six plays later scored their first touchdown of the night. It was on a three yard run from Tanner Vermaas. Tanner went on to score four more touchdowns on the night. Brendan Bird tossed the only other touchdown on the night to Logan Canova. It was a 15 yard pass that also tallied Logan Canova’s first receiving touchdown of his career.

The defense came up big by only allowing seven points in the first quarter and six in the third quarter.

It was a great win to help even up the Hawks record to 2-2 on the year. The Hawks are 2-0 in district play and head to I-35 to take on the Roadrunners this Friday night in another district match up.

Austin Scharlau was the leading tackler also had a fumble recovery.

Vermaas, Canova and Sturgeon all had tackles for a loss. 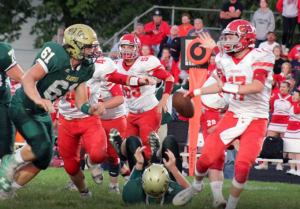 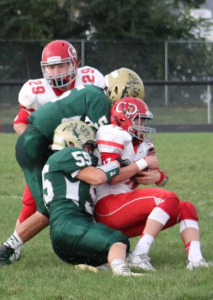 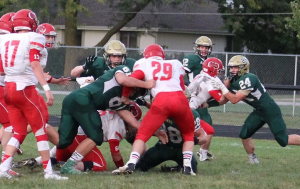 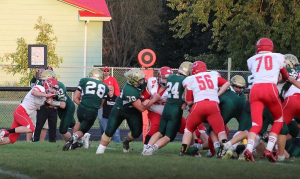